Who Is Responsible For This ?

At first glance it is clearly seen that the date of Indonesia's Proclamation of Independence (as circled) is a misprint on this 1999 (and first) release of polymer-based Rp.100.000 notes produced for Bank Indonesia by Australia. How could those Aussies get it so terribly wrong? Everyone knows Indonesia proclaimed its independence on 17th August 1945! Australia stopped producing currency for Indonesia in early 2000 but this 'misprint' has been carried forward into all subsequent releases of the Rp.100.000 note to the present day. How can this be? Simple ... it is neither a misprint nor a mistake! Examine Sukarno's original handwritten version of the Proklimasi Kemerdekaan below and note the date. 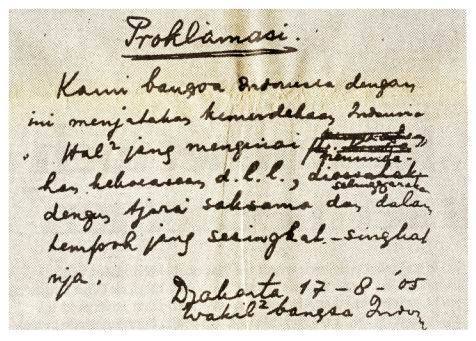 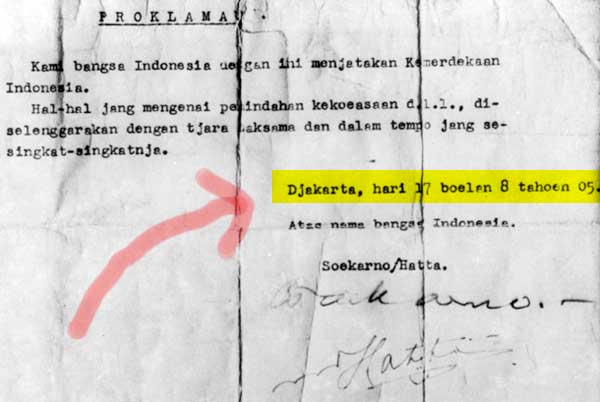 As you will note, there are no discrepancies between the two versions! So what is going on here??? These is a straightforward explanation when you look at the Proklamasi Kemerdekaan in its historical context. During the Japanese occupation Indonesia was subject to the Japanese Imperial calender and the year of the proclamation of independence according to this calender was 2605! That explains the abbreviated '05' on both the handwritten and the typed versions of the proclamation. Mystery solved ...
A thank you to Dr Greg Poulgrain for finding the following resources which provide a realistic perspective of the Dutch colonial period in Indonesia.

In 1948, Dutch soldiers in Indonesia clearing houses that had been abandoned by Europeans sent 30 crates of personal photographs back to the Netherlands. Over the following decades, hundreds of albums were returned to their owners. Now the Tropenmuseum has digitised the last 335 unclaimed albums, and is putting them online. Using the translation tool in your browser you will be able to translate the following website from Dutch and navigate your way through the various albums to gain an insight into Dutch colonial life in Indonesia.

Thank you to  Dr Phil Mahnken, recently retired lecturer of Indonesian from the University of the Sunshine Coast, for providing the attached document  written by Molly Bondan, an Australian in the 'midst of the action' in the newly-proclaimed Republic of Indonesia. The additional links provide  further insights into Molly Bondan and her works (both social and literary).

Molly Bondan: The Customs of Indonesia 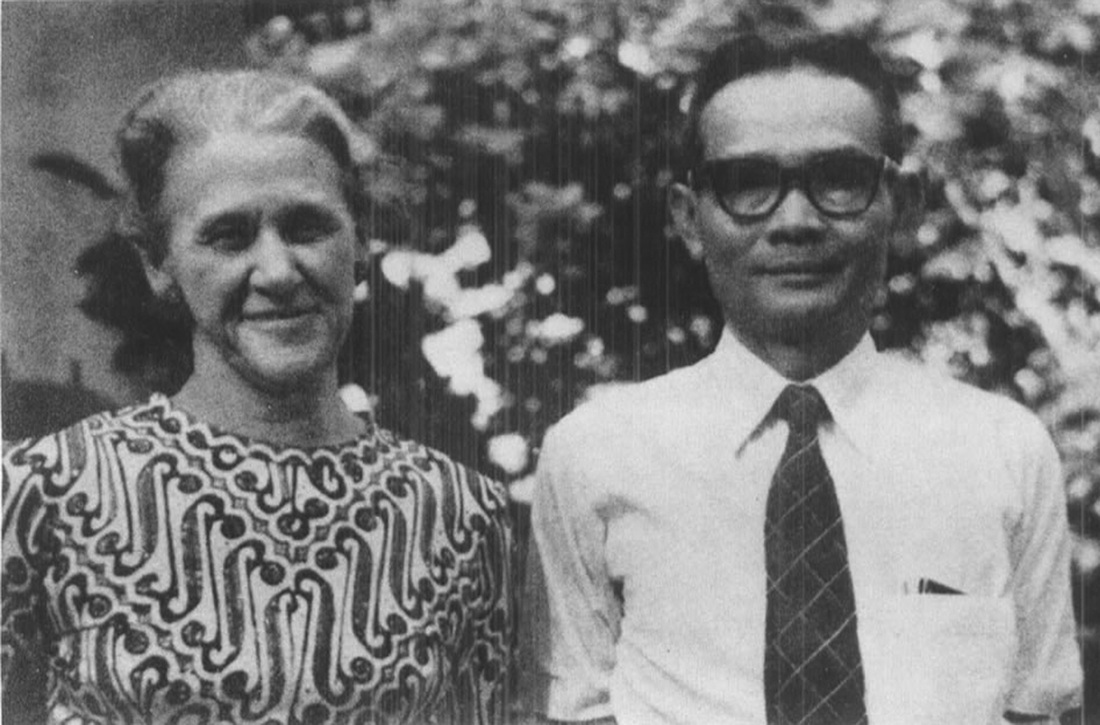 The link below will provide access to an intriguing collection of newsletters by a Fellow of the Institute of Current World Affairs – Boyd R Compton -  who, it appears, was stationed in Djakarta between 1952 -57. His letters give a unique perspective from someone who was experiencing life in the new Republic.
https://www.icwa.org/boyd-r-compton-newsletters/